Duane Franklin: From Darkness to Light, the Path to a NASCAR Dream

Duane Franklin’s son, Hunter, burst through the bedroom door as the gun in Duane’s hand dropped to the floor. Seconds earlier, he was preparing to take his own life. Now he sat, broken down, his life spared thanks to the love of a child. “I was to a point where I thought I did not deserve to be on this earth,” Duane recounts, “I was to my breaking point.” In Duane’s words, 2010 to 2015 were Hell for him and his family as he struggled with separation anxiety from his fellow military members as well as PTSD. A Hell he admits that was mostly induced by him. For Duane, thankfully, there was a strength that surrounded him in his family. “We never gave up,” said Duane, “My wife was by my side through the darkest moments and I can never express how that made me feel and how much I love and appreciate her.” Because of this love and support, Duane was able to get his life back on track to the place he always dreamed of being, the world of NASCAR. Duane’s journey begins years before the above darkest moments of his life.

Duane and his Dad Earl pose in front of a plethora of trophies.

Born in Green Bay, Duane calls Norway, Michigan his home. Like many others in racing, Duane’s family was involved long before his birth, with racing lineage stretching back to the 1970’s. “My late brother Earl Franklin Jr, my Dad Earl Franklin Sr, and brother in law Steve Gursky Sr raced in team demolition derby at Santa Fe Speedway in Illinois. Beside my Dad the rest of my family ran there until the late 80’s early 90’s.” “Racing in some form has been in my family for a long time.” Duane’s first memories of racing come from the a lone trip to the aforementioned Santa Fe Speedway, a trip which saw the welcome victory for the Franklin Family Team Sting. A year or so after that trip to Santa Fe, Duane attended every race weekend at the Norway Speedway from 1990 to 2004. It became a family tradition for the Franklins. “My Brother Sean Franklin started running in the Slammer division. Back then they did what the class said,” remembers Duane, “It was a high-speed demo derby. It was awesome.”

His own foray into the racing world came via go karts at the Escanaba Fairgrounds. In his rookie year, Duane captured wins in all but three races on his way to being named rookie of the year and taking the division championship. The next year, Duane moved up to the next division, where he took third in the standings grabbing a few wins along the way. In that division he found fun and met some great competition, like Brett Widdis. “ We always seemed to run against one another, and it was a blast.” Duane said, “It was the most fun I ever had racing.” Eventually, Duane would find himself competing at Norway Speedway, first in a go kart then in his Dad’s Super Stock that had been driven by several drivers since his brother retired following injuries sustained in several accidents through the years. From 2001 to 2004, Duane raced and won in the Super Stocks and the Four Cylinder divisions. With 2004 came high school graduation and a move to Ohio to attend the University of Northwestern Ohio, a school known for their prowess in the motorsports world.

No matter what division or year, Duane was always a threat to win.

It is here that Duane’s path took a turn down a path he never intended to be on. While studying to learn of the mechanic side of the sport, Duane fell in with a wrong crowd. He tried marijuana for the first time, and in his own words, let that and alcohol take him over. His grades suffered to the point he eventually dropped out of UNOH. The support Duane had, though, began to show itself in these troubled times. “ Luckily for me,” said Duane, “My girlfriend at the time, and now wife, Barb, two great friends I met Eric Auchter and Branden Porter and his sister Crystal Porter helped pull my head out of my backside.” “They truly saved my life and I am forever grateful for them.” From UNOH to jobs at Wendy’s and Arby’s, Duane took a hard look in the mirror and decided what his next step would be. With his head down, as he put it, Duane walked into his first open door to enlist in a branch of the military. Which branch it was, he did not know or care. Whatever could get him out of his situation would work for him. Duane was enlisted in the Marine Corps with delayed entry in October 2005. January came and he was off to Parris Island, South Carolina for basic training. Then, in 2007, Duane spent nine months across sees in Iraq. Upon his return stateside in October, he rediscovered what it was that he wanted to do with his life. “ In October 2007 I was back home and attended my first NASCAR race at then named Lowes Motor Speedway (Charlotte Motor Speedway). Jeff Gordon won the race.” The experience re-instilled in him what he probably knew deep down all along. “NASCAR was the answer.” It was not an immediate answer as Duane and wife Barb received news they were expecting a child in late 2009. Instead of chasing the NASCAR dream, Duane enrolled at Nashville Auto Diesel College where he earned a degree in Automotive and Diesel Technology. The years ahead, as discussed in the intro, were not pleasant for the Franklins. Through love, support, and a move back to Michigan, things began to drastically improve. “It was moving back to Michigan and getting a good position as Systems Control in Iron Mountain that started helping me realize I can do good in this world and I can be a good father and husband.” stated Duane.

A return to Michigan brought a brief return to Norway Speedway for Duane. Admittedly, Duane recalls the time racing being a bit of a struggle, with him losing interest in racing after a full time season at Norway in 2017. The next year brought more change and a quick return to the racing world for Duane. In March of 2018 he moved back to North Carolina where he started helping an old friend Chris Burns put together his new Late Model Stockcar from bare chassis to race ready. July of the next year brought the next step toward the NASCAR dream with a move to Statesville, North Carolina and a trip to the famed Bowman Gray Stadium where Duane mingled with drivers and crews featured on the History Channel show “Madhouse.” The next week, Duane followed the action to Caraway Speedway where he had his first interaction with Jason Myers, a favorite of his from “Madhouse.” “ I walked around the pits for about an hour or so before I got the courage to talk to Jason. It was the right place at the right time. I simply introduced myself and asked if he needed help. Much to my surprise he said yes.” Soon, the opportunity to take the step to the NASCAR Cup Series to live his lifelong dream came about for Duane through StarCom Racing Shop Foreman Charlie Langenstein, who Duane had first met while Lagenstein still worked at Hendrick Motorsports. Duane reached out to Langenstein, who then introduced him to 1990 Daytona 500 Winner Derrike Cope, StarCom Racing Team Manager. With StarCom, Duane accepted a position as the motorcoach driver for Cope, while also working in the fabrication shop while not on the road. To work with Cope is quite an invigorating experience according to Duane.

“He is the fiercest competitor I know, and I feed from it. We know our position within the sport, but we attack it like we will win every race. Derrike has so much knowledge being a staple in this sport for a long time and I look forward to learning from him daily.” Through all the ups and downs, a fellow Yooper has also kept the fire lit inside Duane. Of course, that Yooper is none other than Bark River native and now crew chief for Alex Bowman in the NASCAR Cup Series, Greg Ives. “What really helped was seeing Greg Ives make it to the big leagues of racing. It really showed me that it was possible for people from the Upper Peninsula to reach high levels of sports. Greg has always been an inspiration for me. I feel grateful to call him a friend now. Even though I hope to beat him on the track one day but that is just the competitor in me.”

The StarCom machine and crew ready for the 2020 Daytona 500.

How does it feel to now be at the level he always dreamed of? “It is everything I dreamed it would be. They say you never work a day in your life if you are doing what you love. I will say this is 100% true. It is crazy busy and stressful being in professional sports, but it does not seem like it at all.”

And through it all, the good and bad, by his side have been his wife Barb and his two kids, pictured below. 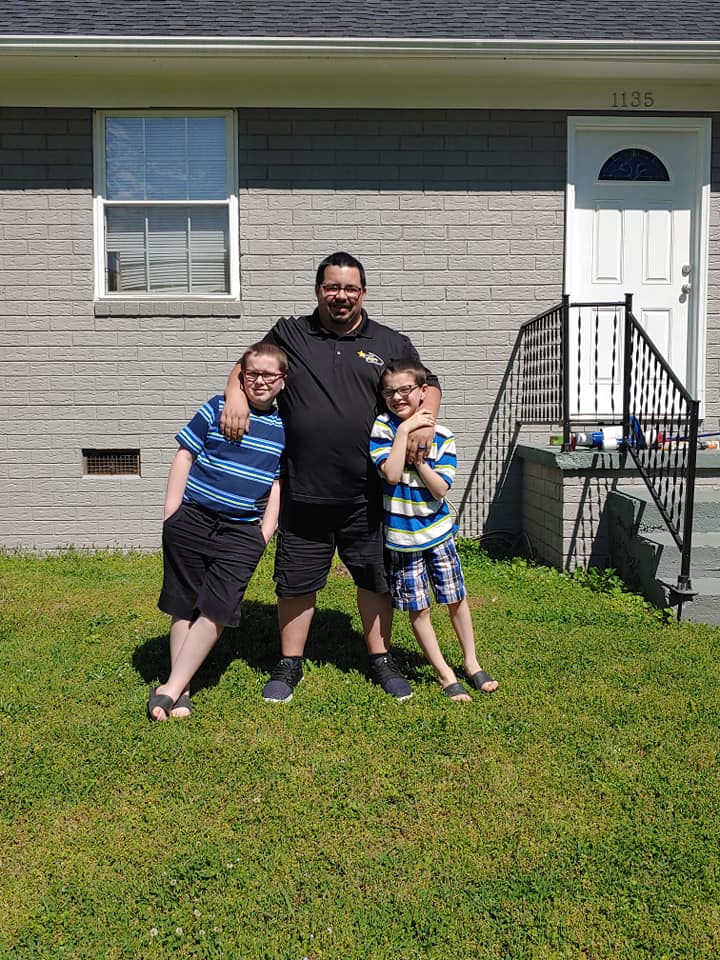 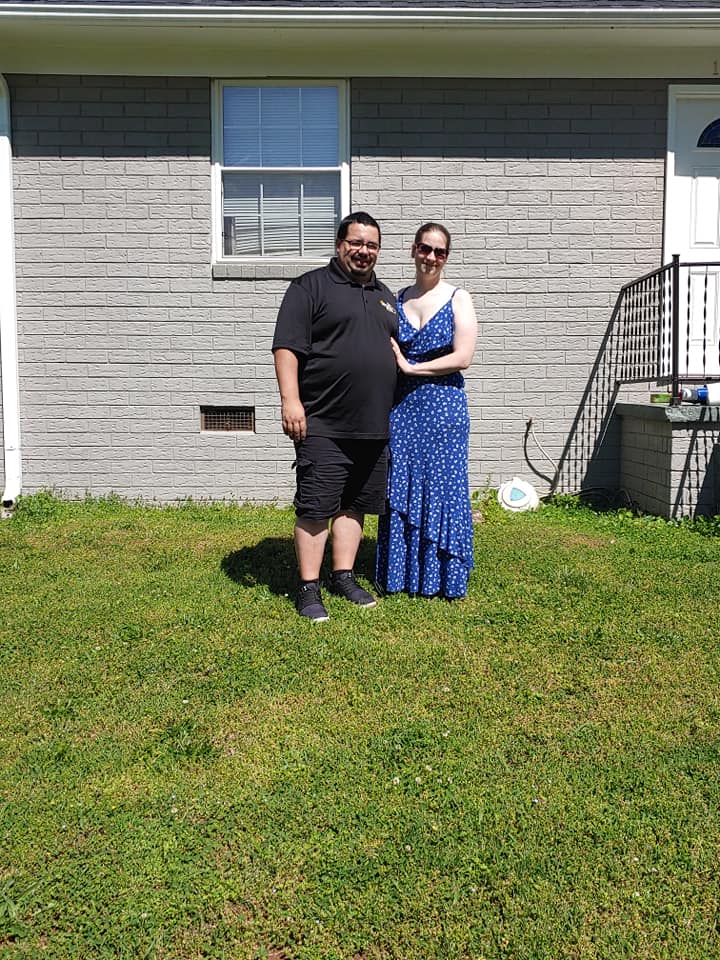 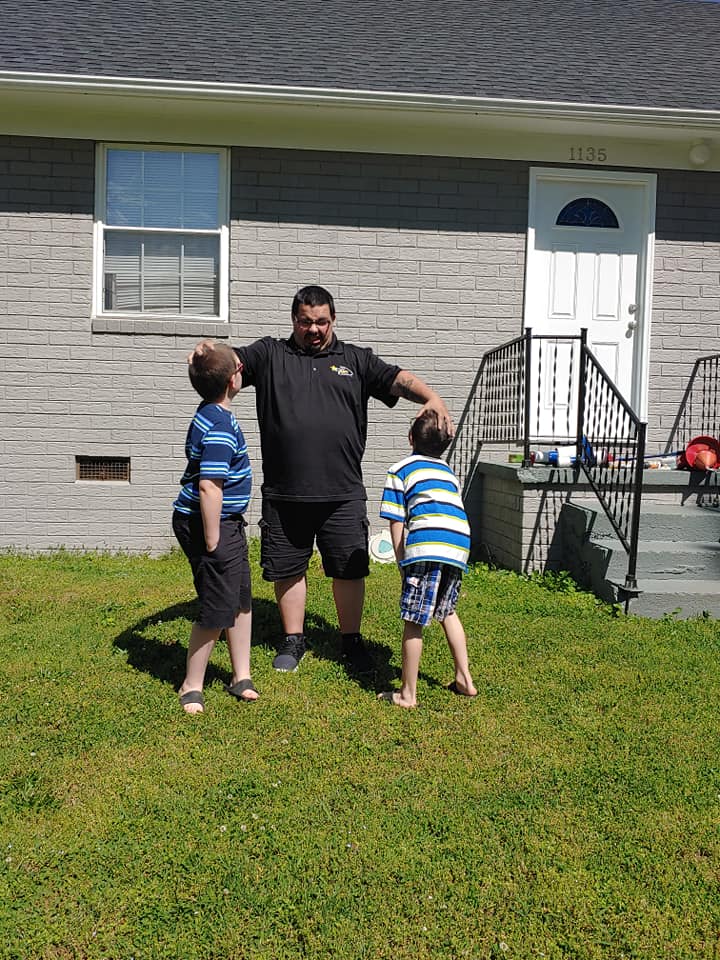 If you enjoyed this piece, and think others you know might like it as well, feel free to share on Facebook or other various social media options below! For more of our work, check out our Feed Page for race reports, driver profiles, and more from the Rose Racing Report.